Cotto Vs Canelo: The Worst Promotion For A Major Fight In Recent Memory!!!!!!!!!! 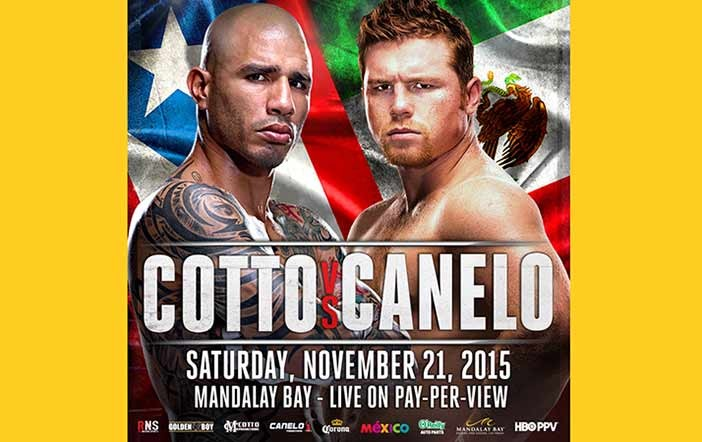 HBO boxing, the top boxing league out there, has done a HORRIBLE job of promoting the second top fight in pro boxing! The first one was obviously Mayweather vs Pacquiao in May of this year.  And that was promoted beautifully.  But the promotion for Cotto vs Canelo has been abysmal and that’s being nice.

How can a fight of this magnitude be down played so horribly?

Combat sports generate lots of money and Cotto and Canelo are both cash cows.  Each man has his own legion of fans and with both men facing each other, this should be a pay per view that generates over 2 million buys.  Jay Z, who promotes Miguel Cotto via his Roc Nation banner, and Oscar De La Hoya, who promotes Saul “Canelo” Alvarez via his Golden Boy Promotions, have clearly been busy with other things.  And that’s sad because they are leaving millions of dollars at the table.

There are internet trolls everywhere who put boxing down and insist that mixed martial arts are the next big thing and that boxing is dead.  We are starting to see why they may have a point.

Without hesitation, Dana White, the president of UFC, would have promoted the hell out of Cotto vs Canelo if he was a boxing promoter.  Bob Arum, the promoter of Top Rank (which promotes Manny Pacquiao), would most likely have promoted this fight a lot better as well.

We are located in New York City.  This city has everything in excess and nothing is hard to find.  We are curious to know how the fight promotion is by your area.

Will you be ordering the fight?  What are your thoughts on the promotion of this fight?  Besides the 24/7 show that HBO boxing did, was there anything else that you felt they did well for this fight?

Please comment below.  We would love to get some input from boxing fans in other places.