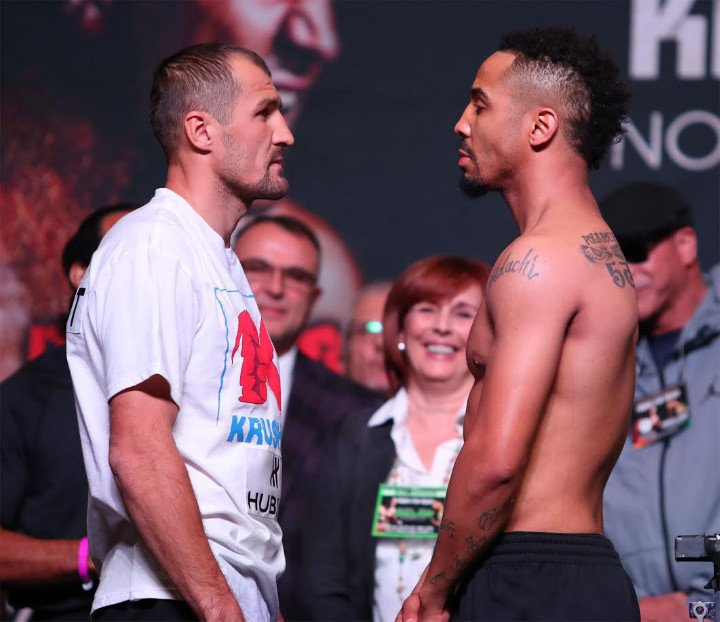 Sergey Kovalev, the best light heavyweight fighter today, lost his titles in another Las Vegas robbery decision via unanimous scores of 114-113. Referee, Robert Byrd, was an accomplice to the crime since he didn’t do what he was paid to do: call the fight down the middle and warn for illegal holding or any other illegal tactics.

We have covered Andre Ward’s dirty fighting tactics in many other articles. If illegal holding and sometimes headbutting is allowed, then how can any boxer win a fight? Isn’t it the referee’s job to call a fighter for holding and grabbing? In Ward’s fight against Mikkel Kessler, Ward held Kessler 88 times! That’s right: 88 times!! The only warnings issued were to Kessler. That fight took place in Oakland, California, Ward’s home town. There was obviously home cooking going on there. But this fight was supposed to be on neutral ground but that’s clearly not the case.

The fans booed the decision loudly. Kovalev dropped Ward in the second round with a clean, straight right hand to Ward’s nose. He pummeled the American against the ropes after Ward made the 10 count.

Sergey clearly won 8 rounds tonight, with the second round being a 10-8 round in his favor after that solid knockdown. Even USA Today scored the fight for Kovalev, Sherdog MMA scored it for Kovalev, as well.

This was a disgusting robbery that needs to be examined more carefully. Kathy Duva, Sergey Kovalev’s promoter, will exercise the rematch clause. Andre Ward agreed to a rematch but was non-commital on specifics.

We think the fair thing to do would be to order a rematch in Russia, in Sergey’s home country. Let’s see if Ward is able to pull out the decision there. If you are crying foul over this idea, then consider what Kovalev did for this title defense. We believe that you have to beat the champion clearly to win his titles. That was not what happened in this fight, yet the American was handed the victory on a silver platter.

We would love to hear your feedback about this fight. How did you score it? Would you agree that this was another boxing screw job?