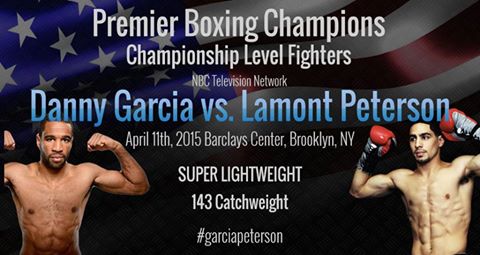 Garcia, who is from Philadelphia, has become a son to the Barclays Center and is typically the crowd favorite.  For those of you who believe that Danny was given a gift by the judges are sadly mistaken.  Garcia clearly dominated the first six rounds of the fight and won two rounds in the second half of the fight.  We saw the fight as an eight rounds to four victory but the judges scored the bout as follows: 114-114, 115-113, and 115-113.

To be honest, after that bullshit decision win that Peterson had over Amir Khan in Washington D.C. in December 2011, it’s great to see Peterson on the short end of the decision.

What do you think? Did the right man win? Or was Peterson ripped off?