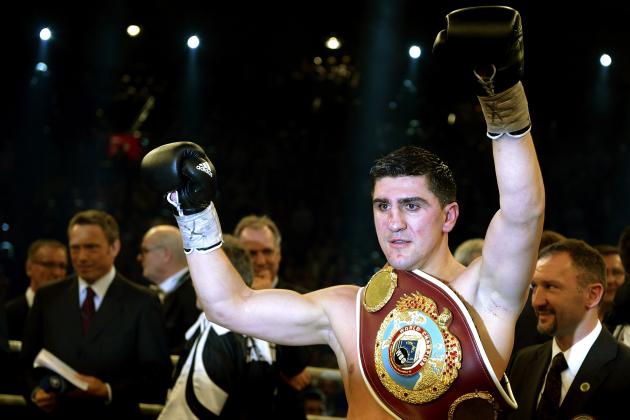 Johnny Nelson was at the boxing event to watch both men face off and watched, possibly with envy, as Huck systematically took apart Larghetti.

Although Larghetti put forth a strong effort, Marco Huck was just too tough and too skilled and ended up nearly knocking out Mirko.  Huck’s final combinations at the bell dropped Larghetti but the referee stated that since Larghetti dropped after the bell sounded, the fight went to the scorecards.

Is there anyone at cruiserweight that can defeat Huck? Could a current heavyweight drop down to cruiserweight and take on Huck? Please share your comments below.