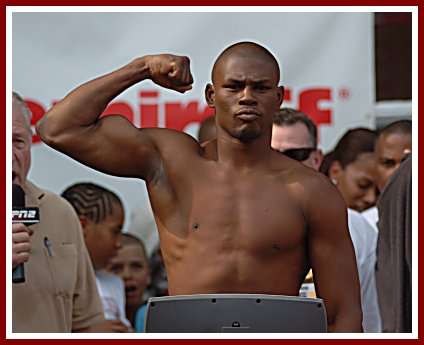 Taylor, 36, shot Hinton when he and one of his friends refused Taylor’s repeated requests to leave his premises.  The former champion stated that he had had issues with both men in the past and that this latest event occurred when Taylor could not get the men to leave his property.

Taylor is slated to face Sam Soliman in a boxing event for Soliman’s IBF titles in October.  With Taylor’s fight right around the corner, his rep, Allison Allred, pleaded with the judge in this case to allow Taylor to train in Miami and go on to the fight in Connecticut in October.  The judge agreed to allow it as long as Taylor agrees to stay away from the two men that he had trouble with.

Although Taylor posted a $25,000 bond, the fact that Hinton is in serious condition in a hospital may be a major distraction for him during training camp.  If Hinton succumbs to his injuries, then Taylor will be forced back into court with murder charges pending.  Let’s hope that nothing of the sort occurs.

Although Sam Soliman is 40 years old and Taylor is 36, Soliman is the favorite to win this fight (for those betting boxing).  Regardless of that fact, this is a major fight for Taylor and it could really thrust him into major fights if he can earn a victory.  Sam Soliman vs Jermain Taylor will be televised by ESPN boxing and will be promoted by Lou DiBella along with Warriors boxing.