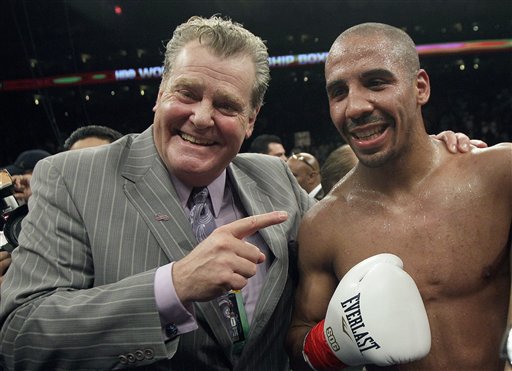 Dan Goosen has defeated super middleweight champion, Andre Ward, in court once again for a contractual dispute.  Judge Holly E. Kendig, a Los Angeles Superior Court Judge, ruled in favor of Goosen in a case where Ward contended that his promoter was violating section 2855 of the California labor code.  Unfortunately, this was the third loss for Ward to Goosen since he has already lost two prior arbitration cases to his promoter.

Oscar De La Hoya was successful at breaking free from Bob Arum in 2000 when he took a similar case to the courts.  Fortunately for De La Hoya, he went on to become one of the best boxers of modern time and he ended up creating a modern day cash machine known as Golden Boy Promotions.

Although Andre Ward (the WBA super middleweight champion), is considered by some to be the second best pound for pound boxer in the world, we highly disagree with that notion.  He has not faced the level of competition that men like Manny Pacquiao, Miguel Cotto, Danny Garcia, Canelo Alvarez, and Timothy Bradley have faced.  Along with the fact that Ward illegally holds and headbutts his opponents, we do not rank him in the top ten of pound for pound greats.

At this point, Andre Ward will most likely have to reconcile with his promoter, Dan Goossen if he would like to continue his boxing career.  Although it doesn’t seem like a sweet option, it just may be the last resort for the current WBA super middleweight champion.