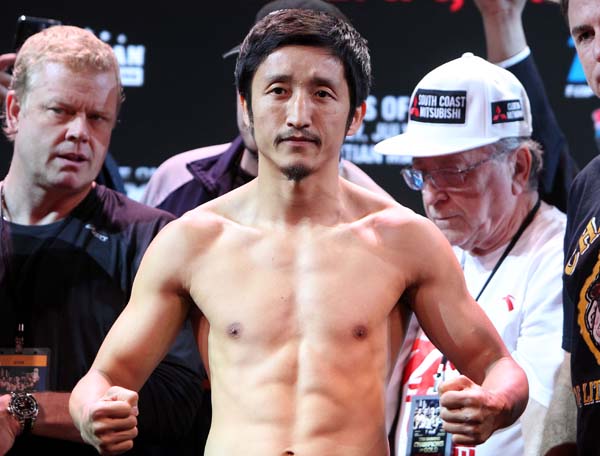 Zou Shiming, the Chinese Olympic gold medalist, defeated Luis De La Rosa via 10-round unanimous decision in Macau, China.  In our opinion, the gold medalist was in command for all 10 rounds and handed De La Rosa a beating from pillar to post.

De La Rosa is as tough as they come, though.  He took a lot of punishment from Shiming but he also had his moments when he let his hands go.  But the tide of the fight swung even more so in Zou’s favor after an accidental headbutt in round five opened up a gash on De La Rosa’s left eye.

Although the ringside judges scored the bout 99-91, 99-91, 97-93, we scored it 100-90 in favor of Zou Shiming.  He is one of Top Rank Promotions’ top talents despite the fact that this was only his fifth pro boxing fight.  In China, Shiming is a national treasure and the country of 1.5 billion citizens always tunes in to show their support.

The boxing event was promoted by Top Rank Promotions from the Cotai Arena at the Venetian, Macao.  Bob Arum has been very pleased with bringing title boxing to China and the Champions of Gold event proved just that.

Zou took the WBO international flyweight title in his win against De La Rosa.  This was Shiming’s first 10 round fight.  Based on his dominant performance, we believe that he is ready for a serious step up in competition.  But knowing Bob Arum, they will continue to have Shiming face some cans before giving him anyone even remotely dangerous to face.  Let’s hope that Top Rank Promotions can make Zou Shiming face serious competition in any boxing event in China or the US sometime soon.