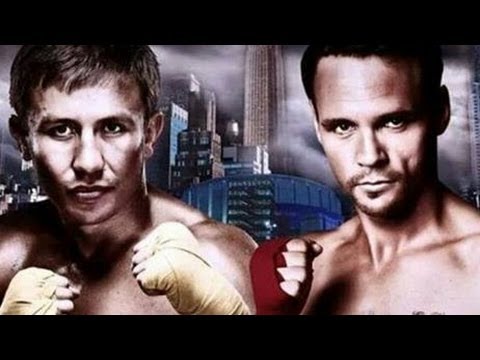 Gennady Golovkin (29-0, 26 KO’s) will be defending his WBA (super) and IBO middleweight titles against Australian star, Daniel Geale (30-2, 16 KO’s) at Madison Square Garden tonight, which will be shown on HBO boxing.  Without a doubt, Geale is the toughest fight in Golovkin’s professional career and this could very well turn out to be a boxing event for the ages.

Daniele Geale has the better resume since he has faced and beaten Anthony Mindine, Roman Karmazin, and even Felix Sturm.  Golovkin also has a good resume but no one on his record is as big a star as Geale.  HBO Boxing knows that Gennady Golovkin is a major star for them already and the silent assassin from Kazakhstan has an ever growing following among the American public as well as the Russian viewership so it should come as no surprise that the man known here as “Triple G” is main eventing tonight’s boxing event.

Keys to victory for Daniel Geale: use a whole lot of movement against Golovkin, stay away from Golovkin’s right hand, and jab constantly.  Also, Geale needs to clinch as much as possible to keep Golovkin from loading up and landing anything significant.  Although Geale is a slugger, he absolutely can’t afford to test his chin against GGG. Golovkin’s right hand is like a cannon and so Geale needs to outwork Gennady and try to outscore him on the judges’ scorecards.

Keys to victory for Gennady Golovkin: stay patient but use constant pressure throughout the fight.  If Golovkin can get Geale to the corner, he can unleash a flurry of shots and possibly drop him or force a referee stoppage but it may not happen until the later rounds (Geale is just that damn tough).  Golovkin does beautiful work to the body so any opportunities to fight on the inside should be Triple G’s chance to dig uppercuts to Geale’s bread basket.  If Golovkin can control the tempo and the distance of the fight, he will probably stop Geale in the later rounds, as long as he sticks to his gameplan.

So who will win the fight?  Although European boxers Sakio Bika and Sam Soliman predict that Geale will win tonight, Golovkin is a huge favorite to win.  However, Geale can really make this a close fight.  Unfortunately for Geale, Madison Square Garden is like a second home for Gennady Golovkin so Daniel will have to probably knock out GGG in order to win.  Keep in mind that Gennady has had about 350 amateur boxing fights and he lost only 5 of those fights.  Therefore, Gennady Golovkin is a pretty safe bet to win tonight.  Golovkin will probably knock Geale down several times but we’re not sure if he will knock him out.  If both men bring their “A” game, this fight could end up being a fight of the year candidate.  When the smoke clears, expect Golovkin’s hand to be raised in victory and a world of opportunities to open up for the Kazakh star.