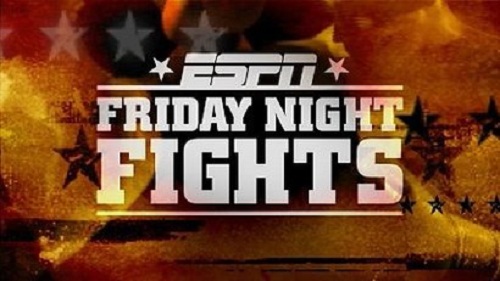 A boxing event is can leave a controversial trail when judges render bad decision.  But when referees sign up to wear “ref cams” for the first time ever, that is a ground-breaking occurrence in the beautiful sport of boxing.

The boxing event will be live from the Paramount Theatre in Huntington, Long Island and the two referees who will be wearing the ref cams will be Steven Willis and Peter Santiago.

“We are always looking to innovate and provide viewers access to things they cannot have access to themselves,” said Matt Sandulli, the senior coordinating producer of the series. “This camera will put viewers in the ring and give them a view of the fight that only a limited number of people in the world have ever seen. We’d like to thank the New York Athletic Commission and referees Steve Willis and Pete Santiago for working with us to make this happen.”

David Berlin, the executive director of the New York State Athletic Commission, had to sign off on the cameras.

“We appreciate ESPN’s introduction of the ‘ref cam’ to bring a new dimension to ‘Friday Night Fights,’” Berlin said. “The New York State Athletic Commission is always working with promoters and networks to advance the sport and welcomes new technology that does not interfere with our regulatory function.”

The ref cam idea might take off and it may just be a matter of time before Showtime boxing and HBO boxing adopt the practice with their own shows.  I wouldn’t even put it past the UFC to get on board with this practice as well.

Do you think the ref cam can reduce the number of bad decisions in combat sports by making the judges more honest? Please share your comments below