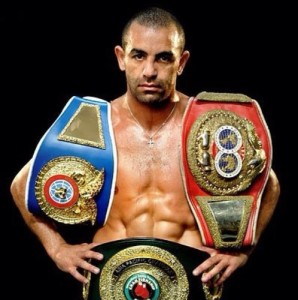 The IBF would like to set up an eliminator to determine the next contender for newly crowned middleweight champion, Sam Soliman.  Felix Sturm, who lost his title to Soliman, on May 31st in his own country (Germany) turned down the opportunity to face Curtis Stevens and earn another shot at Soliman.

The IBF has also been rejected by English middleweight, Martin Murray and Canadian David Lemieux.  Being that all the men that have been mentioned have boxing belts, the IBF title eliminator may not be a big enough deal or a big enough boxing event for the international champions.

In Sturm’s defense, his manager, Roland Bebak has stated that Felix Sturm will not be interested in this opportunity since he has bone fragments in his joints that will require surgery.  The 35 year old German, has no desire to fight more than twice per year based on what Bebak said and with surgery on the horizon, we can only speculate on what his healing time will be. Combat sports almost always require elite athlethes to go under the knife at some point in their careers.

Soliman, the current champion, has a very difficult style to deal with and so Murray and Lemieux may have just figured that it wasn’t worth the risk.  Who knows?

If the IBF isn’t able to get anyone to take on the eliminator proposal, maybe Soliman’s promoters can set up a match between Soliman and Miguel Cotto or even Soliman and the winner of the Canelo Alvarez vs Erislandy Lara fight? Maybe Gennady Golovkin is also an option? If so, how do you think the Australian would do against any of those men?