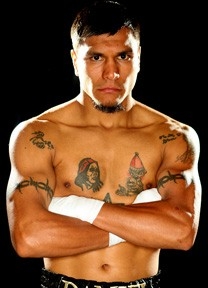 Boxing great, Daniel Ponce De Leon (45-7, 35 KO’s), 34, decided that it was time to hang up his gloves after his most recent loss this past weekend against fellow super featherweight, Miguel “Micky” Roman (46-11, 35 KO’s) in Chihuahua, Mexico.

Roman punished Ponce De Leon incessantly in the tenth round until the boxing referee had seen enough. Ponce De Leon was on a steady decline as he’d lost the last three out of four fights. The 34 year old was a two division world champion and had battles against notable fighters like Adrien Broner, Yuriorkis Gamboa, Jhonny Gonzalez, Abner Mares, Juan Manuel Lopez (twice), and Gerry Penalosa.

Daniel Ponce De Leon was a Bronze medalist in the 1999 Pan American games and he also went on to the 2000 Summer Olympics (representing his home country, Mexico). He had an impressive resume and an equally impressive win loss record.

RingsideBoxingEvent.com would like to send their best wishes to Daniel Ponce De Leon on his retirement and we would like to thank him for the amazing fights that he has given to boxing fans around the world.